What is Helakuru?
Helakuru (හෙළකුරු) is Sri Lanka's No.1 Sinhala Mobile Keyboard, with over 5 Million Users on Android and over 3 Million Users on Apple is recognized as the Most Popular App of Sri Lanka by NYDB Awards 2016. Helakuru has broken the barrier which was typing Sinhala on Android devices. While having intelligent word predictions for both Sinhala and English, this app also supports the following keyboard layouts for Sinhala:
This app has won many national and international awards which includes:
Since Helakuru supports both Smart Phonetic & Smart Wijesekara keyboard layouts for Sinhala along with several other features, such as Voice Typing, Keyboard Themes, Word Prediction, Phonetic Typing, and Bilingual Support this app allows millions of Sri Lankans to type their heart out their native language from their mobiles, and also since it allows voice typing, you don’t have to use the keyboard at all, just speak and type. Since Helakuru adopts very simple & easy to learn keyboard layouts, this app can be used to type in Sinhala/English faster than ever. Therefore, Helakuru can be easily used by beginners as well as experts in Sinhala typing.

How Helakuru Works
Once you download the Helakuru app from the Google Play Store or Apple App Store, you just need to follow the on-screen instructions to enable and add the Helakuru Sinhala Input. Typing Sinhala has never been easier. Let’s see some of the feature on the new Helakuru release: 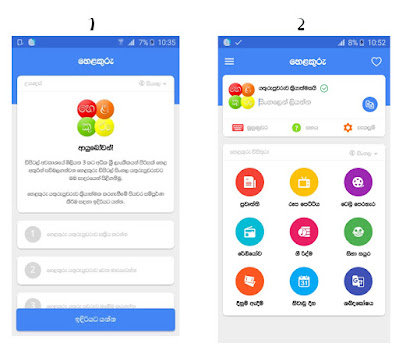 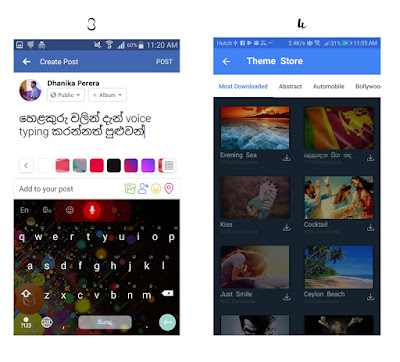 For more information, check out the following video:

What Helakuru Does
Optimized for Sinhala by Bhasha, the new release of Helakuru now has Voice Typing support which is Sinhala and English integrated, and is powered by Google Speech Recognition. It’s only a matter of tapping the Mic and start speaking, and you don’t have to touch the keyboard. Just start typing in Sinhala/English by speaking.
The latest update of Helakuru includes a Theme Store which has spectacular keyboard themes. This allows users to select their favorite theme from the Theme Store, or using their imagination to create their own theme with colors and background image of their choosing.
With the latest update, Helakuru is not just a keyboard which allows you to type in Sinhala anymore. The latest update includes many features such as:
The latest Helakuru release has an extended Emoji support, and includes all our favorite emojis, and yes, the Emojis include the gun.
Helakuru has an in-built Sinhala Unicode Rendering Technology revolutionized by Bhasha, which enables users to type in Sinhala on any device, even on those which don’t support Sinhala.
This app has incorporated predictions (Helakuru Predictions) which enables any user to type Sinhala words without typing the entire word, in just one to two taps.
Helakuru has also introduced a Sinhala phonetic (transliteration) layout, and this makes the users’ life much easier, as in today’s world, most Sri Lankans type in phonetics.
Helakuru supports the standard Wijesekara keyboard layout enabling users to type in Sinhala.
Since the app supports both Sinhala & English Input, it’s easier for users, because they need not switch to a different keyboard to type in English.
Helakuru uses a Standard Android Keyboard, which can be used in any system wide app, from Messaging app to Facebook or Twitter to LinkedIn.

Supported Products
How to Install
Any user can search and download the Helakuru App from the below links.
You can also download the App directly from the link below without the hassle of visiting the play store:
TTF Helakuru Sinhala Keyboard Apk Download